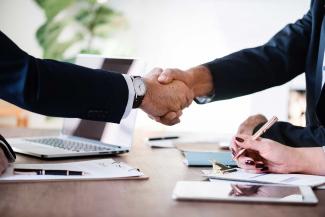 Immediate and Deferred Annuities: Making Both Work for a Secure Retirement

Annuities have a long and historic lineage dating back to ancient times when Roman citizens and soldiers would receive an “annua”, or annual stipend, from the government in exchange for a lump sum of money. Since then, the family tree of annuities has sprouted into several different bloodlines with variations in their structure and use.  Immediate annuities, which are offered through life insurance companies, are the most direct descendent of annua, but its popular cousin, the deferred annuity, shares many of its characteristics along with an additional component that allows for multi-dimensional retirement planning.

The basic structure of an immediate annuity is fairly simple: when a lump sum deposit is received by the life insurer, it calculates the amount of money that can be paid over a period of time assuming a certain rate of interest, sort of like a mortgage payment plan in reverse.  If the period of time is the lifetime of the investor, the life insurer uses an actuarial table to determine the number of payment periods for the investor’s life expectancy.  Should the investor live beyond their life expectancy, the insurer is obligated to continue the payments for as long as they live. This is the insurance component of immediate annuities.

Immediate annuities should be considered by anyone who needs an immediate source of income, and who has concerns as to how long their income sources will last.  Because the income is guaranteed and predictable, immediate annuities are also used to stabilize an income portfolio that might include more risk oriented investments such as bonds or dividend paying stocks.

During the Great Depression, as the banking industry was crumbling, people turned to life insurance companies for their security needs including saving for the future.  It was then that life insurers began to allow individuals to sock away their savings into annuities before they needed the income.  So, deferred annuities derive their name from the deferral of income until a later date when it is needed.

Essentially, a deferred annuity is no different than an immediate annuity except that it includes an accumulation component at the front end.  The funds that are deposited reside in an accumulation account that is credited annually with a rate of interest.  Because annuities are treated similarly to qualified retirement plans in the eyes of the Canada Revenue Agency, the earnings in the accumulation account are not currently taxed which allows them to grow faster than an equivalent taxable account.

As with qualified retirement plans, the CRA wants to make sure that annuities are used for their intended purpose, as retirement vehicles, so it will assess a tax penalty on any withdrawals made. Still, investors are allowed to make withdrawals from their accumulation account if they need access to the funds; as long as the withdrawals don’t exceed the predefined terms of the contract, they won’t be charged a surrender fee.

Deferred annuities are ideal accumulation vehicles for investors seeking tax advantaged growth of their retirement funds in addition to their qualified retirement plans.  The advantage of accumulating funds in a deferred annuity is that, at any point, it can be converted into an immediate annuity. In essence, investors can easily transition from guaranteed accumulation period to guaranteed income, thus extending the deferral of taxes throughout the payment period.

Apples and Oranges or Two Peas in a Pod?

Since immediate annuities are best suited for people who need an instant source of income, and deferred annuities are more appropriate for people with time to save, the two vehicles are generally thought to be separate and distinct in the realm of retirement planning.  But, for investors who plan strategically, both types of annuities can be utilized effectively to create a more secure and stable retirement future.

Creating a Ladder of Income

Because no one can predict the future, it is important to have some flexibility in your retirement income plan that can adjust to changing circumstances, yet still provide the essential guarantee of predictable, stable income for as long as it is needed. Using the best characteristics of both immediate annuities and deferred annuities together in an income strategy can generate maximum income without sacrificing security.

The second part of the deposit is left to accumulate within a deferred annuity so that it grows to amount equal to the original deposit within the immediate annuity; and then the process is repeated.  The result is a higher net monthly income due to the fact that the majority of it is a return of principle.  Meanwhile, the deferred annuity, with its tax deferred accumulation account, rebuilds the principle that is then converted into an immediate annuity. Split annuity strategies can be somewhat complex involving certain assumptions and calculations that should be considered with the guidance of a financial professional.

*This content is developed from sources believed to be providing accurate information. The information provided is not written or intended as tax or legal advice and may not be relied on for purposes of avoiding any Federal tax penalties. Individuals are encouraged to seek advice from their own tax or legal counsel. Individuals involved in the estate planning process should work with an estate planning team, including their own personal legal or tax counsel. Neither the information presented nor any opinion expressed constitutes a representation by us of a specific investment or the purchase or sale of any securities. Asset allocation and diversification do not ensure a profit or protect against loss in declining markets. This material was developed and produced by Advisor Websites to provide information on a topic that may be of interest. Copyright 2023 Advisor Websites.